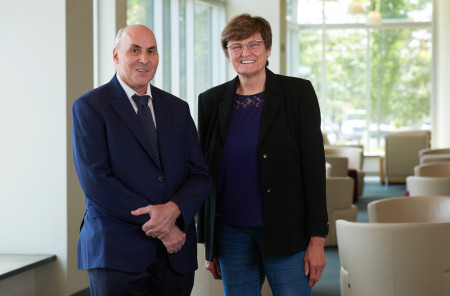 The new year starts with an award for Dr. Katalin Karikó, a professor at the University of Szeged. For her significant contribution to the development of Covid-19 vaccines, the Hungarian biochemist and his fellow American researcher, Dr. Drew Weissman, received the Cameron Prize for Therapeutics from the University of Edinburgh.

The work of Dr. Katalin Karikó and Dr. Drew Weissman led to the development of mRNA vaccines. The Pfizer/BioNTech and Moderna Covid-19 vaccines are based on this technology. The two scientists won the Cameron Prize in recognition of this important and influential research work, the University of Edinburgh announced on its website.

Between December 2020 and 2021, Covid-19 vaccines are estimated to have saved 14.4 million lives. For the first time, mRNA technology was used to curb the Covid-19 pandemic, but it had been under development for many years.

The work of the Karikó-Weissman research team is considered pioneering. In the past decade, they have experimented with a method to ensure that the mRNA produced in the laboratory starts to “work” without triggering the body’s defenses when it is introduced into the body.

Among her previous awards for her work on mRNA, the Scots highlight the 2022 Tang Award, which she won together with her American research partner, and the Lasker-DeBakey Clinical Medicine Research Award.

Several of the winners of the Cameron Prize have won Lasker and Nobel Prizes. Thus, for example, the famous researcher at the University of Szeged, Albert Szent-Györgyi, also held all three prestigious awards. The list of those who have been awarded the Cameron Prize since 1879 contains many interesting facts about the history of science. Here, for example, we find the names of Louis Pasteur, who developed the principles of vaccination, Emil Adolf von Behring, who formulated the anti-diphtheria serum, Marie Curie, the first female Nobel laureate, Alexander Fleming, who produced penicillin, and Frederick Banting, who discovered insulin.

The selection of the most important and interesting awards is given by the Karikó exhibition of the Attila József Study and Information Center of SZTE. After the show opened, in December 2022, the SZTE professor received social recognition in Hungary and Germany and received several scientific awards.

In Szeged, he took part in the opening of the Szent-Györgyi Study Competition of SZTE. Before that, she was awarded the Prima special award by the Jász-Nagykun-Szolnok County Organization of the National Association of Entrepreneurs and Employers in Budapest. Three days later, she was a guest of former German Chancellor Angela Merkel in Berlin, immediately after which she received the Siemens ring, and the next day the Budapest Prize at Semmelweis University. There she also gave a lecture entitled “Thoughts of a Biologist”. So the “inventory” of Katalin Karikó’s awards can be constantly updated.

The Cameron Award of Scotland is awarded to a person who has made a significant and valuable addition to the field of practical therapeutic techniques in treating disease during the past five years. The award was founded 145 years ago by Dr. Andrew Robertson Cameron with 2,000 pounds (which is more than HUF 897,000 at today’s exchange rate). The University of Edinburgh awards the Cameron Prize every 2-10 years. The Honorees give a presentation about their work.

With the announcement of January 5, 2023, the Cameron Prize-winning research pair Karikó – Weissman will hold a presentation in Edinburgh in September 2023. 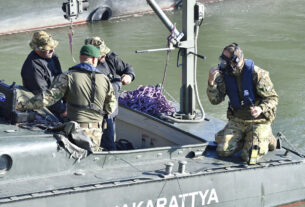 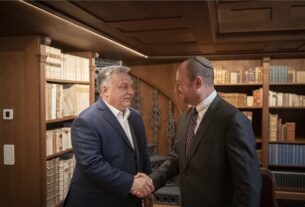 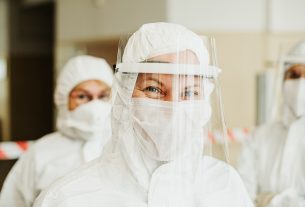